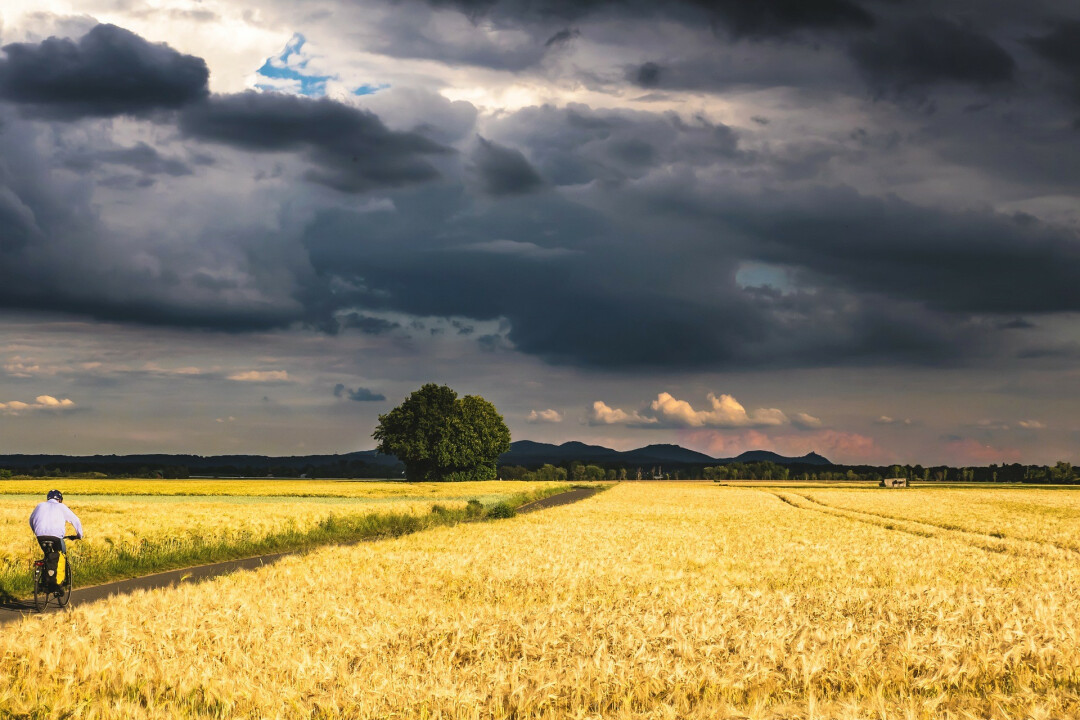 Luke 19:41–48 (ESV)
41 And when he drew near and saw the city, he wept over it, 42 saying, “Would that you, even you, had known on this day the things that make for peace! But now they are hidden from your eyes. 43 For the days will come upon you, when your enemies will set up a barricade around you and surround you and hem you in on every side 44 and tear you down to the ground, you and your children within you. And they will not leave one stone upon another in you, because you did not know the time of your visitation.” 45 And he entered the temple and began to drive out those who sold, 46 saying to them, “It is written, ‘My house shall be a house of prayer,’ but you have made it a den of robbers.” 47 And he was teaching daily in the temple. The chief priests and the scribes and the principal men of the people were seeking to destroy him, 48 but they did not find anything they could do, for all the people were hanging on his words.

In each of the Gospels, there is a record of Jesus entering the temple and driving out the merchants there and we must consider them all if we are to soak in what’s happening here. Mark and Matthew’s Gospels give us more details but differ in that they tie the cleansing of the temple with the fig tree, and Matthew alone mentions the healing of the lame and blind as well as the presence of children who shout, “Hosanna to the Son of David!”  We could spend a great deal of time unpacking the differences, but I want to focus on a couple of big things for us to notice.

First, we have to understand Jesus’ actions in the Temple. The Temple consisted of four areas which were separated by walls; the first was the Court of the Gentiles. The Court of the Gentiles was open to all people, but it had become a marketplace that supported the maintenance of proper worship but also lined the pockets of the Sadducees who oversaw worship at the temple, and the Sanhedrin who were the ruling body of the Jewish people. The other three areas were the Court of women; the Court of Israel, which only circumcised Jewish males could enter; and the Holy of Holies. In a nutshell, Gentiles were only allowed in the outer court and the inner courts were reserved for Jews. The Holy of Holies was separated from everyone by a large curtain, (the curtain which was torn in two when Jesus died on the cross.)

Jesus said that the temple was to be a house of prayer for all nations, not only for the nation of Israel but also the Temple was to be an extension of God’s salvation to people who were not Jewish, where anyone who calls on the name of the Lord may come and worship (Isaiah 56.) But as things stood at the time, the temple had become a place that separated and excluded people from worshipping the Lord.

Jesus’ actions confront this problem head-on, and in Matthew’s Gospel, the healings and the welcoming of the children is a clear message that those who were kept out are now welcomed in; even more significantly there is the implication of a huge shift that has taken place. Before, the Temple stood at the center of everything. It was by going to the Temple that you were linked to God and where you were able to worship and receive forgiveness and blessing. But now the people are coming to Jesus! The center of life and worship has just shifted; no longer is the Temple the center, it is Jesus Himself!  Through Jesus, the kingdom of God is breaking into the world and through Jesus, anyone can come to God the Father.

That’s incredible news, but what about verses 41-44 with Jesus weeping and the prophetic announcement of loss and destruction?
In Luke’s Gospel, this is the only time where we read of Jesus weeping.  Jesus is weeping because the people have rejected God’s peace, His shalom, which is present in Jesus Himself. The people have persisted in their rebellion for so long that they are no longer even able to recognize the long-awaited Messiah, and so Jesus’ arrival, rather than being a cause of celebration as God’s peace and grace enters the city, His arrival has become a moment of sorrow for Jesus as judgment falls upon the city.

Of course, Jesus’ actions in the temple and His words of judgment give an excuse for what the religious leaders are about to do. Jesus has already spoken of His pending suffering, death, and resurrection so we’re not surprised at what is about to unfold. And yet, we should be surprised, and even broken, by the tears of God’s love, even for those in rebellion.
Within such contrarieties God accomplishes a redemption very different from our expectations, yet greater than we imagine.  James Edwards

May we never lose sight of the fact that God loves us more than we can possibly imagine, and may we never become so upright that we fail to be broken by His tears for us.