An All Or Nothing Confession 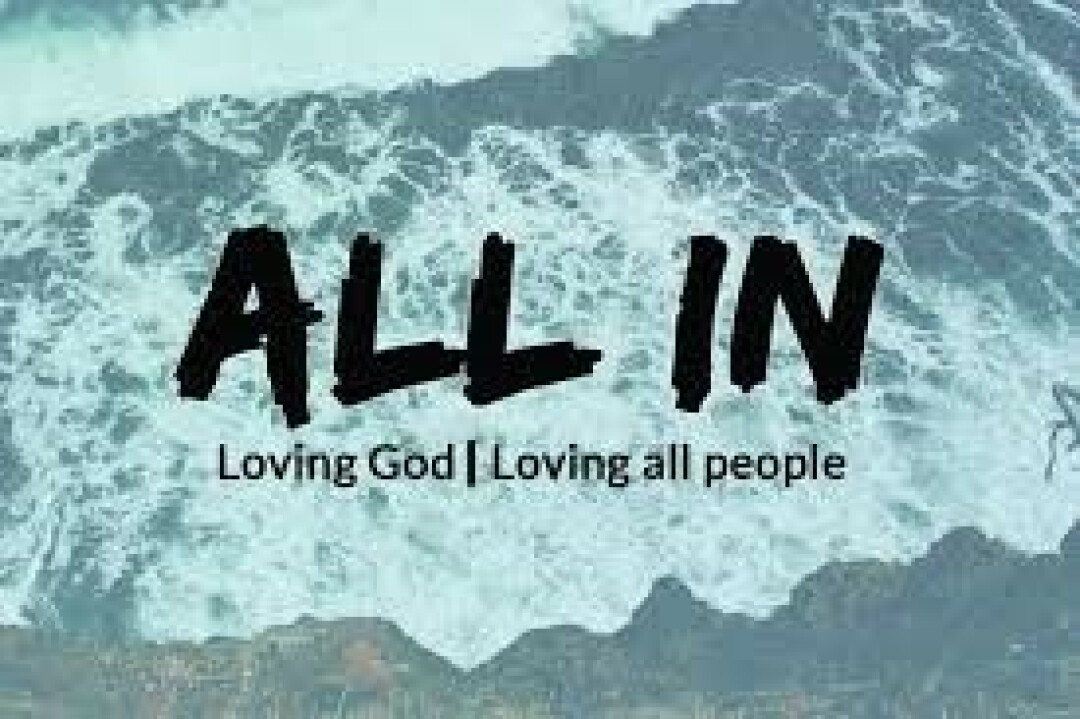 Luke 9:18–27 (ESV)
18 Now it happened that as he was praying alone, the disciples were with him. And he asked them, “Who do the crowds say that I am?” 19 And they answered, “John the Baptist. But others say, Elijah, and others, that one of the prophets of old has risen.” 20 Then he said to them, “But who do you say that I am?” And Peter answered, “The Christ of God.” 21 And he strictly charged and commanded them to tell this to no one, 22 saying, “The Son of Man must suffer many things and be rejected by the elders and chief priests and scribes, and be killed, and on the third day be raised.” 23 And he said to all, “If anyone would come after me, let him deny himself and take up his cross daily and follow me. 24 For whoever would save his life will lose it, but whoever loses his life for my sake will save it. 25 For what does it profit a man if he gains the whole world and loses or forfeits himself? 26 For whoever is ashamed of me and of my words, of him will the Son of Man be ashamed when he comes in his glory and the glory of the Father and of the holy angels. 27 But I tell you truly, there are some standing here who will not taste death until they see the kingdom of God.”

If someone asked you, “Who is Jesus?”  How would you respond?  Keep in mind that this person knows nothing about Jesus accept some rumors along with some bits and pieces of information that they’ve gleaned here and there.  So how would describe Jesus to them?  What would you say Jesus is like?  What character traits would you focus on or would you try and describe Jesus by the things that He has done or said?

It’s interesting to note the response of the disciples when Jesus asks them, “Who do the crowds say that I am?”
The disciple’s responses don’t call to mind a warm, fuzzy Jesus who is comforting and close friend.  The comparisons that the disciples use call to mind the prophets of old who stood opposed to wicked kings and fearlessly spoke God’s word to both rebellious kings and people.

Then Jesus switches gears and asks the disciples, “Who do you say that I am?”  Up to this point they’ve seen Jesus teach in powerful ways and do many miraculous things, but they’ve seen something more in Jesus; they’ve seen in Jesus something of the long-promised Messiah.

No one knew exactly what the Messiah would be like and how He would arrive and there were many thoughts and theories regarding the work of the Messiah.  However, everyone knew that with the arrival of the Messiah, the kingdom of God would break into the world in amazing ways, but in doing so the Messiah was bound to face hostility from Jewish authorities as well as a Rome itself.

So we can understand why it’s no small thing when Peter confesses Jesus to be the Messiah, “the Christ of God.”  In that confession Peter, along with the other disciples as they continue to stand by Jesus, are aligning themselves with Jesus; they are confessing Jesus as the true King of Israel, the one which the people of God had been waiting for, even if they don’t yet fully understand all that this means, and that this confession will put them at odds with the authorities of the day.

But that’s how it is if you entrust your life to Jesus.  If you want to follow Him, you must go all in.  You can’t take just the parts of Jesus you like and leave the rest behind, and you can’t give Jesus just part of your life and hold other aspects back from Him; it’s an all or nothing deal.
23 And he said to all, “If anyone would come after me, let him deny himself and take up his cross daily and follow me. 24 For whoever would save his life will lose it, but whoever loses his life for my sake will save it.

As N.T. Wright noted, “There are no half measures in the kingdom of God.”

What about you?  Are there any half measures when it comes to your relationship with Jesus?